AUM at Dock 1 - The Regeneration of a Forgotten Monument 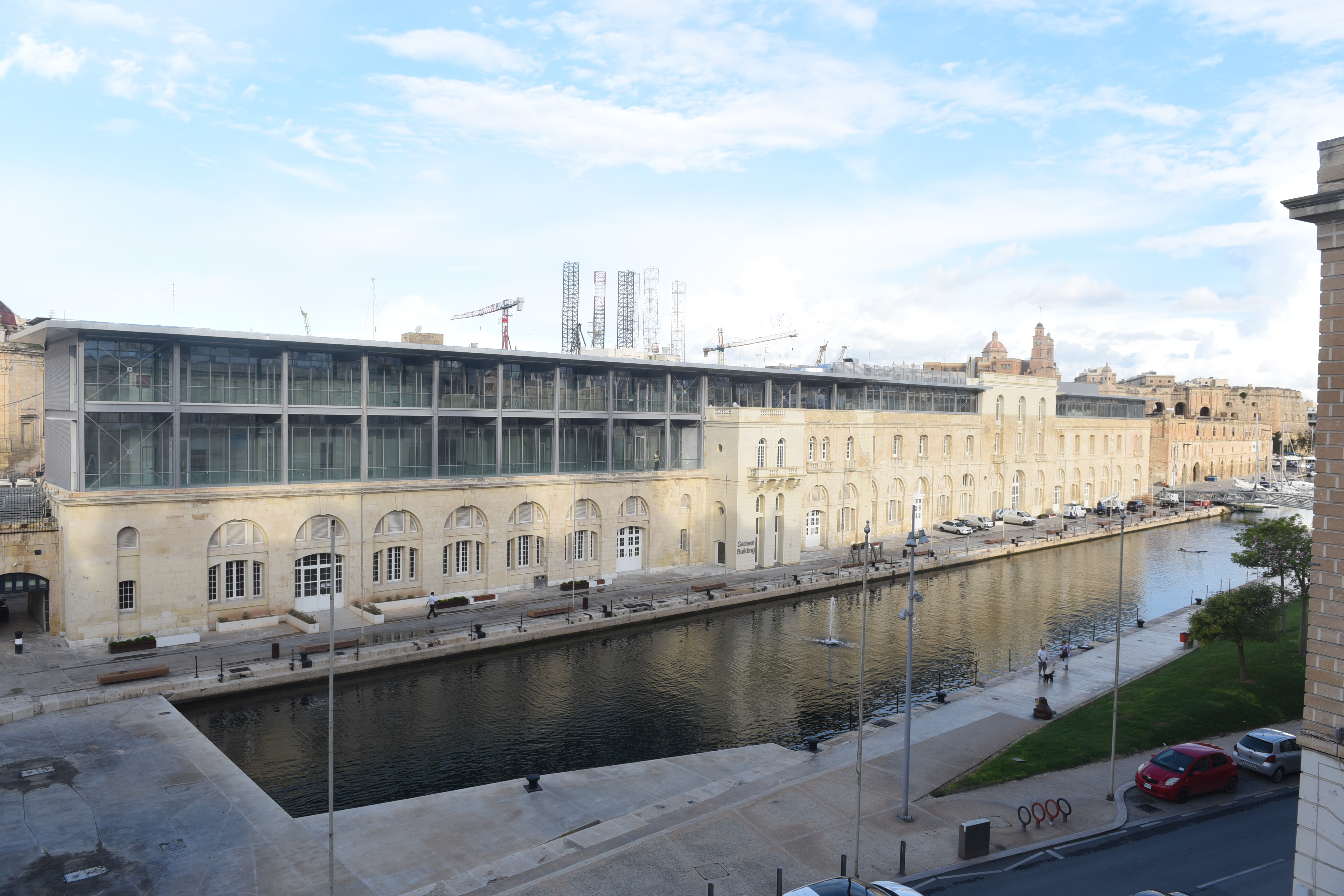 In Cospicua, the historic Dock 1 serves as the main campus of the university. The Dock consists of three buildings; The police station, The British building and The Knights building.

All three of the buildings are in line for world class restoration with special care and attention given to their history. As part of €100 million of total investment, the British building has already been converted into the main campus. The building now houses state-of-the-art classrooms, labs, libraries, entertainment areas and offices.

The Knights building is in line for a regeneration of its own. It currently lies in a state of abandonment after suffering extensive damage during World War II. Restoration plans call for the building to be converted into another block of educational facilities, mostly consisting of labs, offices and meeting areas. The aforementioned facilities would all be restored with care and respect given to the historic aspect of the building.

The main British building was restored to its past glory by reconstructing crucial architectural parts such as the upper part of the central tower. The west wing and some parts of the facade were also reinstated. Much needed work was done but careful attention was paid to preserve essential finishes which were already in place. In addition, another modernistic level was added which houses the administration’s offices.

The Knights building adjacent to the main block has a master plan of its own. The facade will be restored and modernised but in keeping with its original look, no alterations to the design are planned. Not unlike the British building, it is planned that another level will be added to bring it in line with modern standards.

Out of the proposed €100 million initiative, €40 million have already been invested in the main British building alone. The remaining €60 million will be invested in the aforementioned regeneration of the Knights building and in other areas. Amongst these the Zonqor point development takes center stage where it is planned that accomodation for students will be built.